Where Cars go to Die 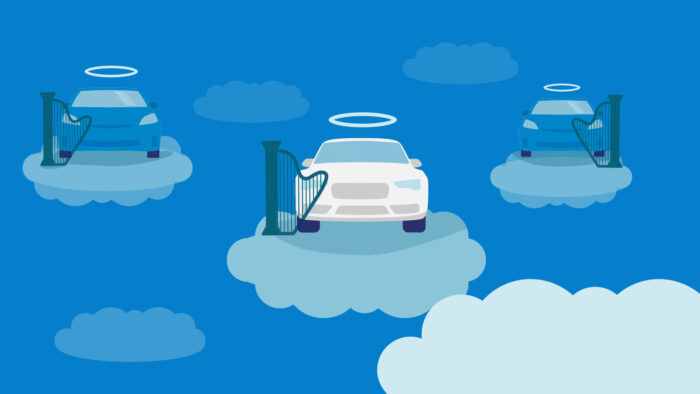 When it’s time to sell your car, whether it’s still in great shape or not, many people wonder what ultimately happens to all the cars that reach the end of their useful life. As it turns out, there are all kinds of things that can happen. If you’ve ever wondered where dead cars go, this is a must-read article for you!

Some are Resurrected as Classics or Antiques 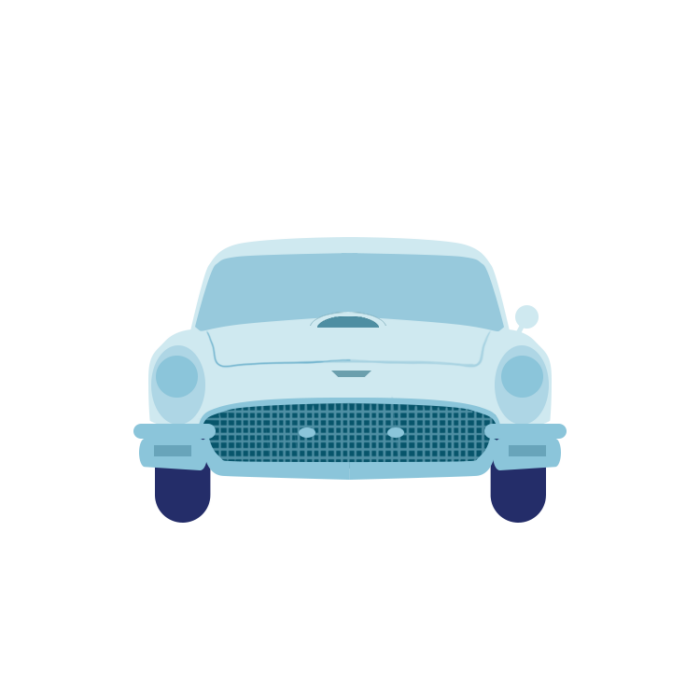 Cars that appear to be dead cars for all intents and purposes might just need to find the right owner. Let a car get lost in the spider webs of your garage for 20 years (but not more than 40) and someone is going to consider it a classic and want to restore it. Let it sit around for at least 45 years and it’ll be an antique, which appeals to a whole different set of car collectors. These are not strict definitions because different car collecting groups and different states have varying cut-off points for what is considered an antique car. This is because many states have a special license plate for antique cars, so those states each set their own definition of what qualifies.

When a Car is Totaled 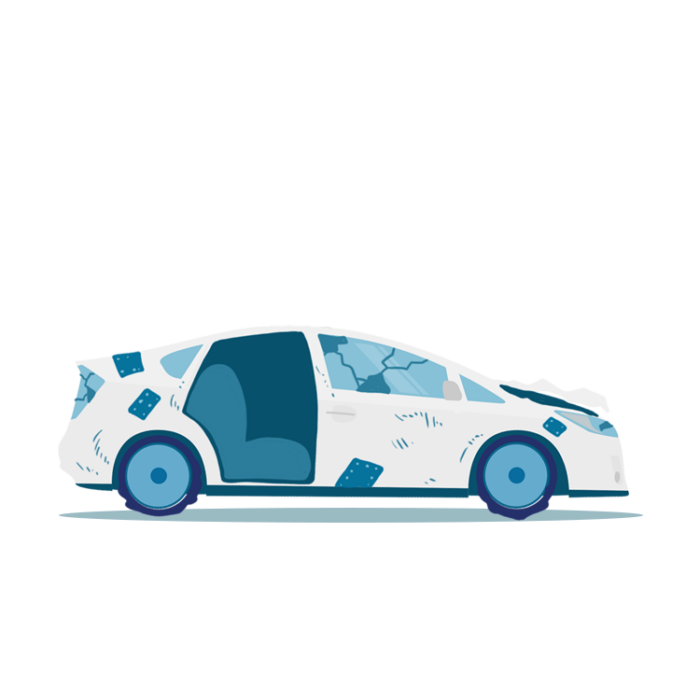 You might think that the only option for a car totaled in an accident or natural disaster or some other cause is for it to be junked, crushed, and recycled. Not so! First of all, remember that when a car is “totaled” all it means is that your insurance company has determined that it would cost too much to repair the car compared to its worth. The repair/value ratio threshold varies by state, ranging from 60-100% of the car’s value. This doesn’t mean the car is unrepairable, just that the insurance company doesn’t think it’s worth it. The owner will get the fair market value for the car, which then get a salvage title from the state department of motor vehicles. A mechanic could decide it’s worth repairing and reselling, but this is a tricky proposition because it will still have a salvage title, which most consumers have been warned to avoid. Unethical people might take the car into a different state and get a new title that isn’t branded with the word salvage. This is called title washing and is illegal.

Some junkyards keep their eyes peeled for dead cars that are still in fairly good shape. They might be willing to buy some of these cars at their salvage value because there are lots of good parts they can sell off in piece-meal fashion to people who need them and wind up making a tidy profit. This is what’s happening when you pass a place that seems to have a sea of broken-down vehicles that just keep sitting there for years. Once all the good parts are gone, what’s left of the car will be sold to a scrap metal operation (scrap metal prices have been very low recently). 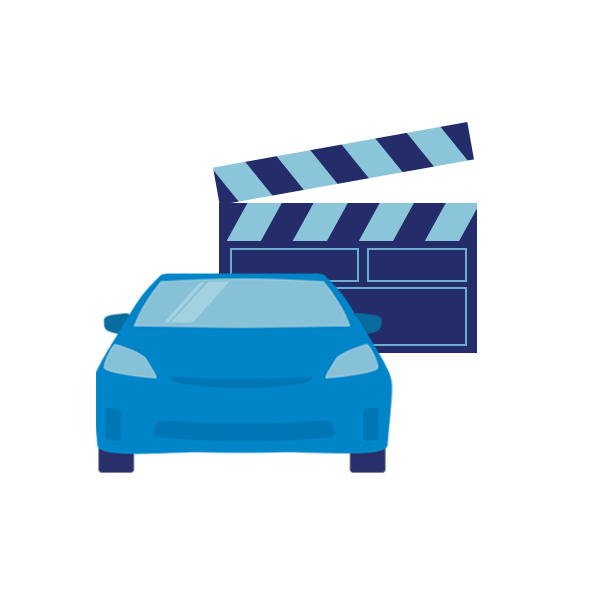 Have you ever wondered where all the cars come from that get destroyed in movies and television every year? You can bet they’re not buying brand-new cars only to destroy them. That would be both expensive and wasteful. Many of the cars that get blown-up aren’t even in working order if they don’t need to be in motion when the explosion occurs. No one seems to have a running tally of cars destroyed on the screen, but there are some notable examples we do know about. During the run of The Dukes of Hazzard TV series from 1979 to 1985, a grand total of 300 Dodge Chargers were destroyed. The 2005 movie version destroyed a total of 30 just for the movie. But that’s not the record for cars destroyed in a single movie. For a long time that record was held by The Blues Brothers (1980), which destroyed 60 cars during filming. But then along came G.I. Joe: The Rise of Cobra (2009), the filming of which saw the destruction of no fewer than 112 vehicles!

Into the Jaws of the Crusher and Beyond 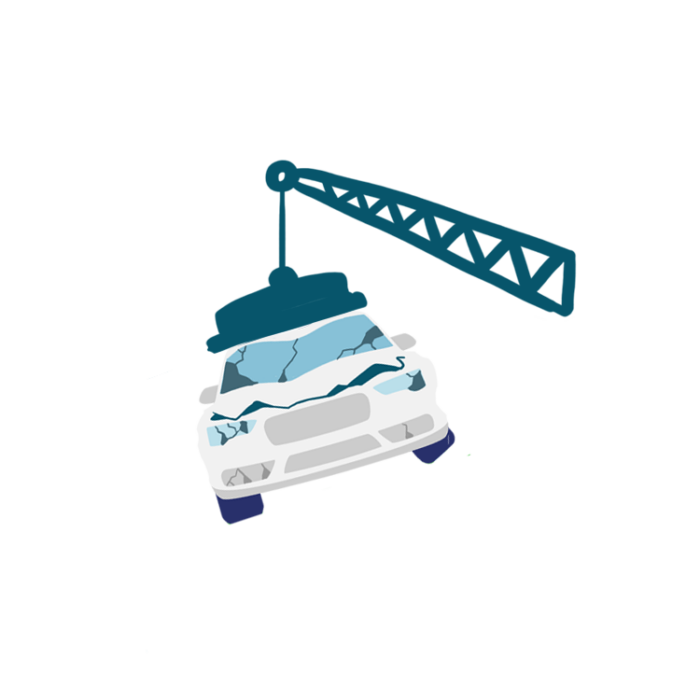 Once dead cars have been stripped of all their useful parts, the final step in its journey is to get broken down into its essential components. Amidst all this talk of dying and dead cars, it’s nice to know that those basic components will be reborn into another form, in some cases parts of a new car.

You might be surprised to learn that automobiles are the most recycled consumer product in the world! At least 95% of all vehicles are reclaimed, beating out newspaper, aluminum cans and even glass. After the crusher flattens a vehicle in a matter of seconds, it will go through a shredder. The shredded material then goes onto a conveyor belt where powerful magnets extract all the steel bits from the debris. What’s left will then go to another place to go through a high-tech flotation process that separates out the aluminum, since it’s pretty valuable. The remaining detritus will then get shipped to a cheap labor country (India, China, etc.), where it will be hand sorted. The carpeting bits will get used to make air-cleaner assemblies in new cars, while the rubber bits will become new floor mats and pedals.

In the US alone, 12-15 million cars reach the end of their useful life, and getting rid of them is a surprisingly big business. Car recycling is a multi-billion dollar industry just in the US!

Whether your car is about to join the steady stream of dead cars heading for the crusher or is still has a lot to give a different owner, choose Driveo when it’s time to sell your vehicle! You could try trading it in at a dealership, which is fast and convenient, but they give you the least amount of money as they can in order to make a substantial profit when they sell it to someone else. You could also try selling it on your own privately, which is how some people find success in getting more money, but it takes a surprising amount of time and effort (which means hassles and headaches) to do it right, and there’s still no guarantee it will get the results you want.

The good news is that there’s a way to enjoy all the speed and convenience of a dealership while at the same time getting more than any dealer would ever offer. This is exactly what we do at Driveo! Find out how it works, then check out the comparison of Driveo to other places and ways to sell your car. You’ll see how Driveo is the way to go! And you can even get a fast online quote for your car that’s good for a full 30 days. That gives you plenty of time to shop around for a better offer. If you find a better offer, all we ask is that you give us the chance to beat it using our offer upload page. We make it super easy to cruise in and cash out!